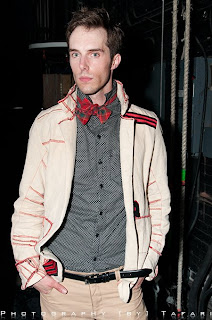 Bravo is the biggest yearly banger held in support of the Michigan  Opera Theatre in Detroit...Yes, we have one here in Detroit and people from in and outside of the city enjoy it's fairly diverse programming and glorious architecture.  Classical Romanticism on the inside, all modern encasement.  Wound was a featured designer alongside longtime fashion mainstay's, Mark England and Cedi Johnson (one of whom, told me over the velvet rope, that he was the host of an upcoming style show soon to air on Bravo the network!!!); fashion exports, Tracey Reese, Anna Sui and Joe Faris; and contemporaries such as Femilia and Kelly Lynn Tinsley.

Basically, I stood, danced, ate and drank at my model's side while grabbing anyone that looked interesting and chatting them up.  Everyone is there to have a good time and I will give it!
As a designer slash artist, I don't have to entirely behave, wild and free to be me. 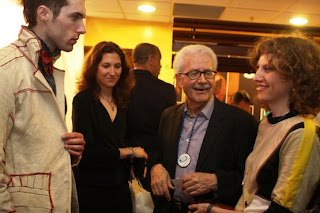 Early on, I rallied as the ONLY dancer at the Paxahau stahe (you know, the geniuses who took on the production for Movement, aka the Detroit Electronic Music Festival, and kept it a world class event) later to be joined by designer Cedi Johnson causing rain, thunder and lightning.  Matt Clark played until the wind started spitting on equipment! Next you could find me shadow dancing on the mainstage during Will Sessions.  Sssshhhhh!  They put the kibosh on that before the public got any ideas, but not until the crowd could witness my highkicks in my 5 inches.  I could later be found chatting up David DiChiera, Director and all around charming fellow, of the MOT.  Autotune, chicken nuggets, Monica Blair... 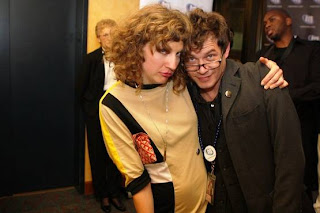 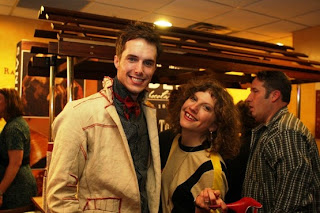 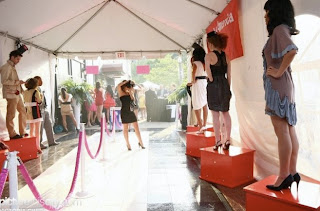 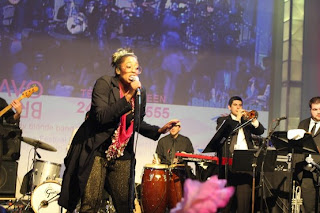 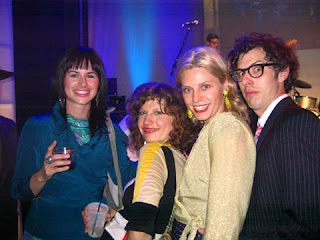 Posted by WOUND Menswear at 4:58 PM